These more or less clayey marl colluviums with a brown-orange hue come from conglomerates located directly upstream. Large limestone elements are lacking and there are mainly small blocks of yellowish limestone, generally oolitic from the Dogger (Jurassic). It is thus that we are entitled to admit that this fine fraction, resulting from coastal conglomerates, results from recent runoff and plating (quaternary age) in a mobile zone of rupture and equilibrium and tectonic and topographic readjustments: in fact, in the eastern part of the locality, passes the Rhine fault which brings the so-called “coastal” conglomerates into contact with the gray marls of the Middle Oligocene (subsoil deep Kappelweg de Rorschwihr). This is how this terroir presents a tectonic similarity with the Oberer Weingarten of Rorschwihr. From North-South direction, this important Rhine fault extends towards the North where it will join the Vosges fault immediately to the north of the Rorschwihr ban. The opening of the Ribeauvillé fracture field is therefore in the town of Rorschwihr.

SOME FOOD AND WINE PAIRINGS:

This locality has been claimed and enhanced by the Convent of Moyenmoutier (8th to 18th century), the Abbey of Ebersmunster, the Benedictines of Cluny (911-1245). Note that over the centuries, the delimitation of the Kappelweg has always tended towards restriction rather than extension. At its origins, it consists of the Kappelweg itself and the Weingarten. Today, it is still, in part (for a wing), still surrounded by a wall dating from the 12th century (erected by the executioners of the Meyerhof sentences) which fixed its limits before the invasion of the Hundred War years. In 1348, it is mentioned for its particularity by the Silo of Sélestat. In 1476, Charles-le-Téméraire levied a new tax there. Nowadays, this “Chemin de la Chapelle” (textual translation) is distinguished by the marriage of the complexity and the elegance of its wines and in particular its Riesling, Gewurztraminer and other Muscat. Completely anecdotally, it should be noted that it was already mentioned under the heading “Grand-Cru” even before the 1975 delimitation (see the 300 harvest declarations of Rorschwihr which mention the 12 localities. It should be noted that Rorschwihr has only 5 handlers, 2 of whom do not have vines in the 12 localities of the Municipality, the other winegrowers being either cooperators or grape sellers.

This terroir, resulting from the exit of an alluvial fan leading to the ocean, has experienced significant thermal variations for thousands of years. Today we still find this phenomenon on a smaller scale; in spring, the soil accumulates heat for a long time to restore it at the end of the season. The high fertility of its fine clays gives the soil an incredible plasticity which allows it to have identical regularity of maturity each year. The great depth of the clay soil allows for optimal management of similar humidity in dry or wet years. These different elements allow a perfect and slow maturity of the seeds while preserving the complexity of the acids.

The geographical location protects this terroir from the winds from the North as well as from the South-West which allows a sustained and regular growth of the plant. 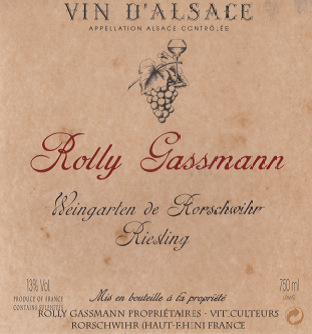 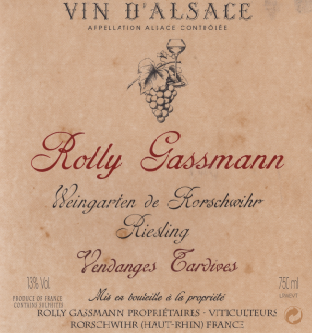 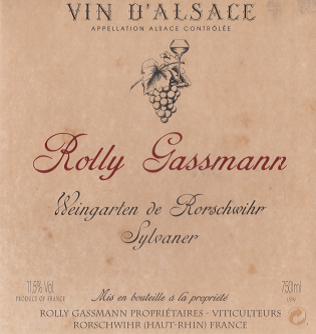