The Sinemurian marls and limestones occupy nearly 3/4 of the locality. The alternation of light gray limestone beds and very clayey, even schistose, dark gray marls is typical. Likewise, the most common fossil type is the oyster Gryphaea arcuata. The marls, which predominates here compared to the limestone banks, are rocks made up of an intimate assembly of clay (aluminum silicates) and limestone (calcium carbonate), therefore of rocks less compact than limestone and less plastic than clay. Downstream and at the southern end of the SilberbergdeRorschwihr, other clays and clayey marls emerge, those of the Pliensbachien.They are more or less flaky, gray to brown, with ferruginous nodules, known as ovoid marls. At the base of these clayey marls is a limestone bank 0.5 m thick, gray-blue, but yellow when weathered and of which we find scattered blocks rich in typical fossils: ammonites (Prodactylioceros davoei), belémnites (the belémnite rostrum is the only fossilized part of this marine cephalopod mollusk that is close to current cuttlefish; this rifle-bullet-shaped rostrum is formed of lamellar calcite corresponding to the tip -spur- of the cuttlefish bone); small lamellibranchs and brachiopods.

DISTRIBUTION OF VARIETIES AND / OR BLENDINGS PLANT ON THE TERROIR : Riesling 85%, Pinot Grey 5%, Gewurztraminer 5%

This locality was, at its origins, highlighted by the Convent of Moyenmoutier and by the Silo de Sélestat which mentions it in 1348. The burrow in the church of Rodern, renewed in 1531, provides proof that the wines harvested from vintage were considered noble by the inhabitants of Rodern. The origin of its name, the literal translation of which means “Silver Mountain”, finds its justification in the nature of the soil of Oberer Silberberg (silicified Muschelkalk) which is at the edge of the granite soils of the two-mica type of Thannenkirch . In fact, the Syndicat Viticole de Rorschwihr took the decision to separate the Silberberg, which was consolidated in 1990, into two parts, the Silberbergand the Oberer Silberberg, due to the presence of different soil types (see geology). Completely anecdotally, it should be noted that it was already mentioned under the heading “Grand-Cru”Even before the 1975 delimitation (see the 300 harvest declarations of Rorschwihr which mention the 12 localities. It should be noted that Rorschwihr only has 5 workers, 2 of whom do not have vines in the 12 localities of the Municipality, the other winegrowers being either cooperators or vendors of grapes).

The Rorschwihr Silberberg backs onto the start of the sub-Vosges hills and is located on the edge of the Vosges fault to the west where the declivity of the Rhine ditch was impressive.

The watersheds for millions of years were between Rorschwihr and Saint Hippolyte. These strong runoffs of acid water from the granite have partially or totally decarbonated the Muschelkalk, hence the presence of a much steeper slope than in the other soils of the village. This peculiarity of the soil, subsoil and topography strongly influences the accumulation of solar energy by a natural loss of radiation, thus the growth of the plant of the vine is shorter and the maturity of the grape slower. On this terroir, this toponymy combined with a siliceous soil amplifies the phenomenon of ascending and descending winds between sunrise and sunset, although the mountain belt, Schlesselstein, Taennchel, Haut Koenigsbourg protects this sector from the north winds, from West and South-West and which favors the stability of acidity on this terroir. 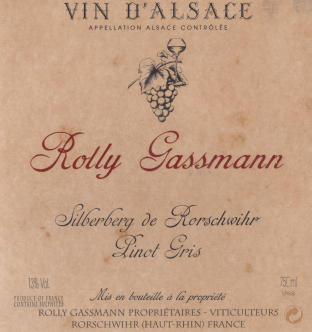 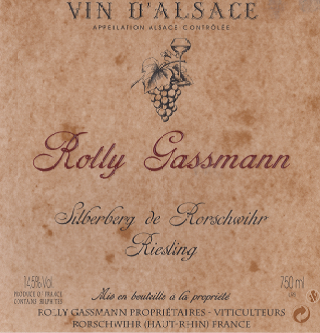 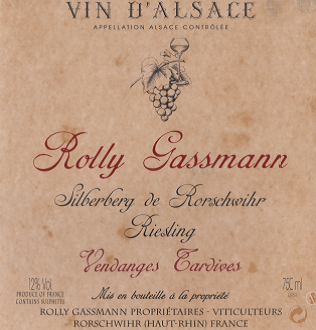 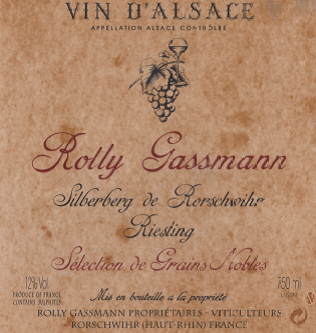