DISTRIBUTION OF VARIETIES AND / OR BLENDINGS PLANT ON THE TERROIR:Auxerrois 40%, Muscat 20%, Gewurztraminer 19%

This locality was claimed and developed mainly by the Moyenmoutier abbey, present in Rorschwihr from the year 700. The Moines de Moyenmoutier (8th to 18th century) mentioned it in the 12th century. however, historians assume that its exploitation was undertaken before the 8th century by the Abbey of Wissembourg (8th to 12th century) because it cites its limits and has vines in this town which it appreciates for its wines. Moreover, it was this convent that was partially responsible for maintaining the vines of Pépin-le-Bref. Since its acquisition in 1348 by the Silo de Sélestat, the “Moenchreben” has been regularly mentioned. As a reminder, let us recall that this land, which literally means “Vine of the Monks”, was once delimited by a wall which, erected by the executors of the sentences of the Meyerhof colongère court, disappeared, in large part during the Hundred Years War. . We should also add that the reputation of this cru is based on its great Auxerrois and its exceptional Muscat, but the remarkable Pinot Gris and Riesling, not forgetting the Pinot noir, should not be omitted. Completely anecdotally, it should be noted that it was already mentioned under the heading “Grand-Cru”Even before the 1975 delimitation (see the 300 harvest declarations of Rorschwihr which mention the 12 localities. It should be noted that Rorschwihr only has 5 workers, 2 of whom do not have vines in the 12 localities of the Municipality, the other winegrowers being either cooperators or vendor of grapes).

This terroir, pampered by the monks of Wissembourg since the year 700, is located at the heel on the east and north side of the second hillock north of our village, which is declined by the Silberberg of Rorschwihr, Kugelberg of Rorschwihr, Weingarten of Rorschwihr Kappelweg of Rorschwihr, Moenchreben from Rorschwihr and Rotleibel from Rorschwihr. This situation of very low advance in the Rhine plain allows for a total opening of the landscape to 360 ° which allows for maximum sunshine from the first light until dusk. This solar radiation allows regular maturity whether it is the southern, eastern or northern slopes with a very gentle slope. This phenomenon is amplified by the swirling hot air masses coming from the Rhine valley and mixing with the cooler air masses coming from the granite hills further north located at the foot of Haut-Koenigsbourg.

Its sedimentary rocks reworked between the end of the Tertiary and the beginning of the Quaternary bring a natural fertility which is hampered by a regular drying of the atmosphere due to air movements. These allow a homogeneous maturity between the vines located in the South and in the North. This regularity of growth is amplified by the migration of water flows to compensate for the radiation between the plots on the south, east and north slopes.

This availability of water for the vines is modified by a light loess veneer and accentuates the homogeneity of maturity on this terroir. 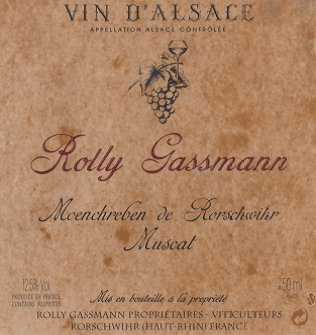 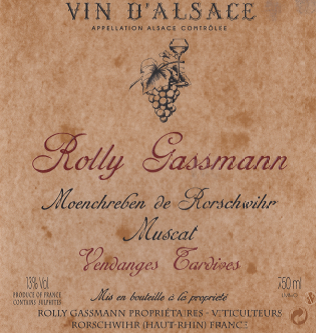 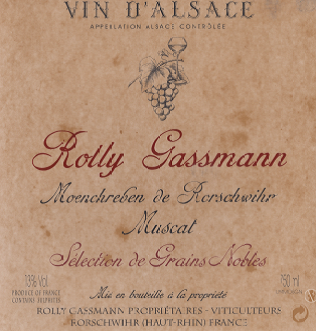