The commune of Rorschwihr is a wine-growing village located in the heart of Alsace. The first human traces date back to the Neolithic era where we have now found the largest funeral jar in Alsace which is on display at the Unterlinden Museum. The first written traces of the village date back to 254 AD. This town has many peculiarities such as its mesoclimate which makes it possible to harvest the first cherries from Alsace. You can also see apricots, bananas, fig trees which give two harvests per year without forgetting a geological diversity among the most important in the world on such a small surface. The wine-growing commune of Rorschwihr includes 147 hectares of vines spread over 21 types of soil ranging from primary, secondary, tertiary, quaternary and being particularly endowed with the secondary and tertiary period. There are all types of limestone in the world which reveal twelve very specific terroirs or vintages.

This village has a very important landscape opening delimited by two hillocks which descend into the Rhine Plain amplifying this microclimate on these limestone soils. This pedoclimatic specificity of an early climate on limestone soil allows the natural development of botrytis cynerea. The Cystercian and Benedictine monks understood this very early on and delimited the twelve Rorschwihr wines. The commune of Rorschwihr, part of the Domaine Royale Mérovingien, is cited as a wine village under the terms of “Cum Viniis” and this wine epic continued under the Carolingians and then the Capetians. This microclimate makes it possible to find orchids as well as Mediterranean-type plants which date from the Ice Age, in particular in the locality of Oberer Weingarten in Rorschwihr, Stegreben in Rorschwihr and Moenchreben in Rorschwihr. These geological and climatic peculiarities have made this village coveted at all times by the great of this world, historically the twelve Rorschwihr crus were surrounded by walls like the climates in Burgundy. These were destroyed during the Thirty Years’ War in order to be able to rebuild the village where the neutrality agreements did not make it possible to save the houses. These specificities mean that the village of Rorschwihr had a status of neutrality because the Kings, the Popes, the great Abbeys wished to take wines from the various Rorschwihr vintages and signed acts of neutrality in order to be able to sample and enjoy specific and unique wines. by vintage. These desires mean that Rorschwihr has one of the very first topographical surveys in the world for the vines of several vintages in the village. Rorschwihr was historically located at the crossroads of several seas and those for several million years. When Africa came pushing Europe thus giving the emergence of the Alps, again the division of waters was done in Rorschwihr. As a result, there are all types of limestone soils because they have not been eroded by the water which gives the wine a crystalline and robust side both in their youth and in time.

The wines of Rorschwihr have the particularity of crossing time. Historically, the twelve terroirs were never consumed before 25 or 50 years because its marl-calcaro-greasy soils allow wines of great finesse, subtlety enhanced by a beautiful suave structure reminiscent of botritys cinerea which is underlined by a beautiful vivacity from calcareous soils for perfectly ripe grapes. 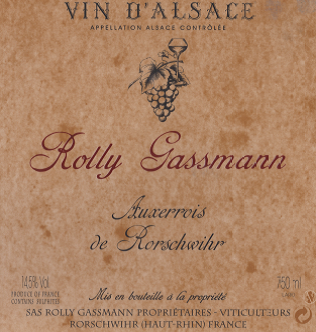 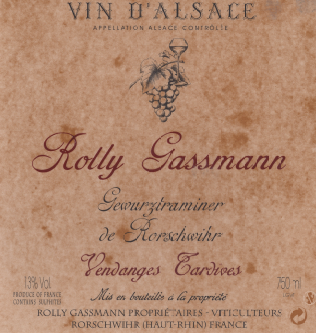 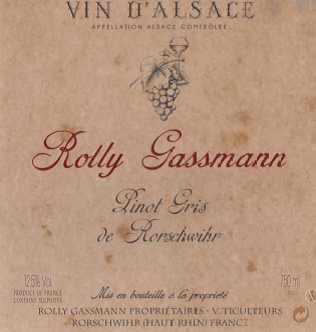 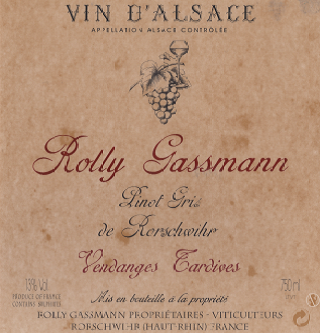 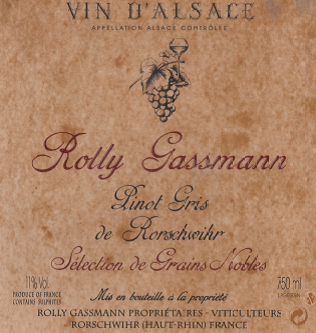 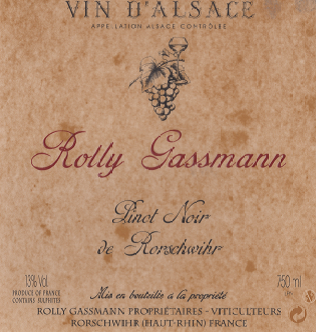 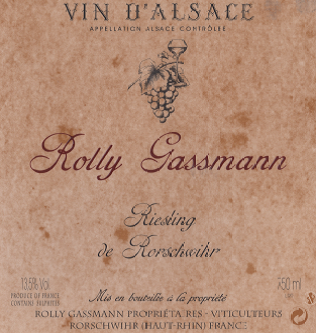 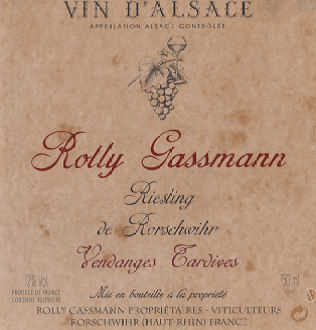 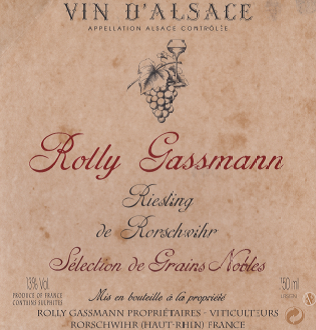