This locality is located in a complex area, on both sides of the Rhine fault, but whose passage on the ground cannot be recognized. There is a superposition and interweaving of at least three colluvial layers whose decimetric to pluviometric thicknesses vary very quickly on the ground. This is also an area where, clearly, these Quaternary veneer colluvial tongues involve the sliding of large lenses of completely frozen terrain (gelifluid lands) during the glacial and interglacial periods of the Quaternary. These detrital deposits of erosion and reworking were accumulated by the action of meteoric water (phenomena that occur in the atmosphere, from rain, to cyclones and both under the action of solar heat and glacial freezing) in cold climates (freezing and surface thawing caused freezing or fragmentation of rocks), by cryotubation (setting in motion of convection of debris and elements) and solifluxion (sliding of the thawed upper horizons). Large boulders, decimetric to metric, encased in a marly matrix, slipped from the Grassbergof Rorschwihr and the Stegrebenof Rorschwihr. In the Oberer Weingarten of Rorschwihr, the colluviums located at depth are reddish clayey silts, slightly sandy, sporadically containing limestone blocks of Dogger and silicified Muschelkalk, but also Vosges sandstones. A second series of colluvium then partially covers these reddish silts. These are red-brown clay marls, containing only limestone pebbles from the Oolitic Dogger; because they are rework and runoff deposits from Tertiary limestone conglomerates located upstream. These deposits occupy the western fringe of the locality. Finally, less red clay cover colluvium, richer in oolitic limestone or silicified Muschelkalk debris, form a tongue that covers almost the entire locality and extends to the neighboring Rorschwihr Pflaenzer. The presence of quartz gravel is typical for a Quaternary spreading of Mindel age (-500,000 years) or earlier.

DISTRIBUTION OF VARIETIES AND / OR BLENDINGS PLANT ON THE TERROIR:Gewurztraminer, Riesling

This very old locality has long been exploited by the greats who have marked the history of France. It is undoubtedly at the origin of Domaine Royal Mérovingien in Rorschwihr which existed long before 742. We know that Pépin-le-Bref (742), Louis-le-Pieux (817), Hugues-Capet(987), Henri V (1114), the Habsbourgs(1313), Charles-le–Téméraire(1476) and Louis XIV (1689) owned vines there. Popes Clément III (1092), Calixte II (1119), Innocent II (1140), Lucien III (1183) and the great Abbeys of Wissembourg, Moyenmoutier, Ebersmunsteret, undoubtedly the most prestigious, that of Clunymust also be associated with them. . Should we still insist on the reputation of these wines? Certainly, the ancients provided ample provision … However, it is useful to know that, if the name of the locality sounds rather Germanic, it has undergone a significant evolution over the centuries. Indeed, according to historians, we find its origin in Roman times where the root “Ober” would have meant “Place of the press” which also meant the center of the domain. This would tend to prove the existence of the vine already at that time, because who says press, says, of course, vine. It is also confirmed that this “Superior Wine Garden” (current textual translation of the name) was well delimited, for the eastern and western parts, by walls which have been replaced by embankments, but some foundations still remain. This cru is particularly famous for its remarkable Gewurztraminer; but we must not forget the Riesling, Muscat, Pinot noir and other Pinot gris. Completely anecdotally, it should be noted that it was already mentioned under the heading “Grand-Cru” even before the 1975 delimitation (see the 300 harvest declarations of Rorschwihr which mention the 12 localities. It should be noted that Rorschwihr has only 5 handlers, 2 of whom do not have vines in the 12 localities of the Municipality, the other winegrowers being either cooperators or grape sellers.

The name of this false plateau nestled 2/3 from the first nipple to the south of our village, a nipple from the Altenberg hill of Bergheim, Grasberg, Stegreben de Rorschwihr, Obererweingarten de Rorschwihr and Pflaenzerreben de Rorschwihr, descending towards the heart of the plain from the Rhine to the East, recalls the etymology of this wine. This long history linked to wine has made it possible to preserve our village from several wars and particular taxes.

These oolitic limestones mixed with clay, provide a special biotope that allows spring to contemplate orchids in the middle of the vines. This good fertility soil is hampered by an in-depth biological activity which prevents the roots of the vines from taking full advantage of the soil water by creating a limestone sleeve around the roots and which causes a natural growth stop at the end of July whether in very rainy year or in a dry year.

This false plateau, eroded for its eastern part, takes advantage of the opening up of the landscape, with optimal solar radiation amplified by the foehn.

This concentration and natural richness in sugars and minerals give the wines a remarkable framework enhanced by a backbone made up of complex acidities. 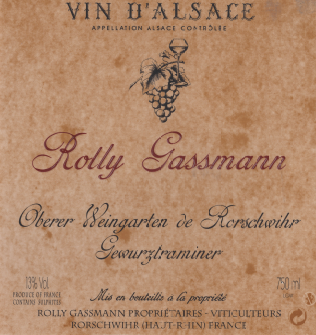 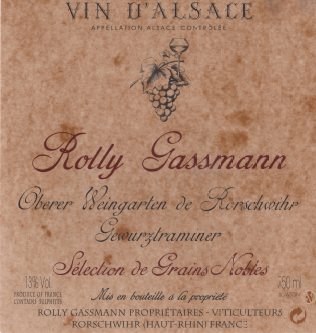 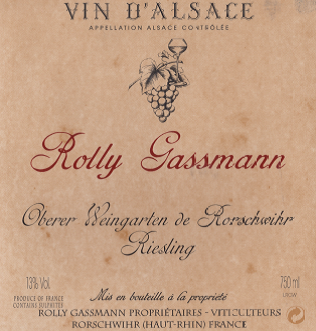 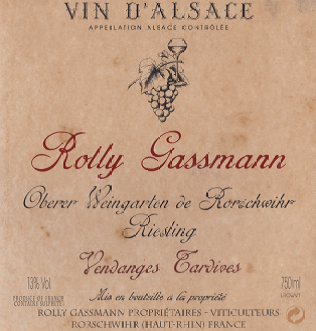 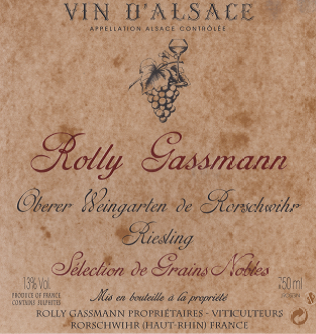